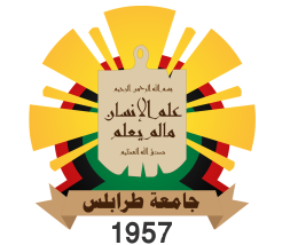 he Libyan University was established by a Royal Decree on 15th December 1955; the first faculty to be founded was the Faculty of Arts and Education in Benghazi. In 1957, the Faculty of Science was opened to become the core of the Libyan University in Tripoli. In 1966, the Faculty of Agriculture was founded. In 1961, the United Nations Educational, Scientific and Cultural Organization (The UNESCO) established the College of Higher Technical Studies which was incorporated in 1967 to the Libyan University as the Faculty of Engineering. In 1973, the Libyan University was divided into two: University of Benghazi and University of Tripoli. In 1976, the name of the University of Tripoli was changed to Al Fatah University. Medical Colleges became known as Al Fatah University for Medical Sciences. In 2012, the University regained its original name and the establishment of new faculties has reached to twenty faculties up to date. About Tripoli Tripoli is the largest city in Libya; it is the capital of the State of Libya, which is located in the middle of North Africa. Libya is bordered by the Mediterranean Sea from the north, Tunisia and Algeria from the west, Egypt in the east, Sudan in the southeast and Chad and Niger from the south. Libya has a huge territory that ranks it, in terms of area, fourth in Africa and seventeenth globally with 1.8 million square kilometres. In addition, it has the longest coastal strip for an African country overlooking the Mediterranean with a total of 1770 kilometres. Its climate is characterized by diversity and moderation throughout the year. The Mediterranean climate prevails over most coastal cities and mountainous areas located in the north. The desert covers the largest area of the country and it is adorned with a group of landscaped oases which developed throughout history to become inhabited cities as the oasis of Kufra and Tazrbo; they are dominated by the desert climate. Libya enjoys a variety of tourist attractions, with a beautiful beach on the Mediterranean and a depth extending to the vast desert interspersed with several mountain ranges distributed throughout the country, most importantly are the Green Mountain, Akakos Mountains and Nafousa Mountain. These characteristics have created a pattern of natural diversity to Libya’s terrain. Tripoli is one of the most ancient cities in Libya. Evidences revealed that it was built before the 7th century B.C. to be a trade station with Central Africa for Phoenicians, followed by many civilizations and empires that ruled Tripoli until 645 A.D. when Islam entered Libya during Caliphate of Omar Ibn Al-Khattab. Its most important historical monuments are the Arch of Marcus Aurelius and (Assaraya Alhamra) the Red Castle. With the authenticity of Tripoli and its deep roots in history and by keeping pace with contemporary life requirements, the city has managed to become a modern place, and hence; becoming the economic and political centre of Libya and attracting almost the third of the country population. Vision Achieving scientific, cognitive and behavioural excellence of society for integrated and sustainable development. Mission The University seeks to: Preparing competent and skilful individuals in response to society’s need to development. Exercising scientific research activity and producing knowledge that provide the best service to the human being, society and the world. Providing consultancy to state institutions and civil society. Educating the individual through various means and channels to be the ideal good citizen. Objectives Through its strategic plan, University of Tripoli seeks to achieve the following objectives: Introducing competitive educational programmes at undergraduate and post graduate levels in terms of focus on the required specializations and skills of graduates and linking these programmes, regarding the quantity and quality, with market requirements and needs. Providing a stimulating environment for learning and scientific research including infrastructure, organizational, administrative, service and informational development. Achieving quality standards and global accreditation in all programs and academic fields of the University. Developing of scientific production, supporting of research programs and encouraging creativity, innovation and excellence in specific areas that serve local and international needs. Achieving prosperity in publishing, writing and translation activities. Paying great attention to the Arabic language and consolidating the values of the Islamic Arabic culture. Reinforcing communication with society and developing local, regional and international partnerships. Boosting the investment of University’s resources and capabilities, increasing revenues and controlling expenditure in all areas. Contributing actively in the undertaken efforts to protect and sustain the environment locally and internationally. Values Academic and intellectual regulated freedom. Respect for seniority and taking into account experience and scientific contributions. Respect and encouragement of intellectual property. Recognition of merit and distinction. Honesty and sincerity. Justice and equality. Accountability, integrity and transparency. Diversity, creativity, innovation and initiative. Craft, workmanship and quality. The scientific method is the basis for problem solving and decision making. Good leadership through teamwork and mutual respect. Broad interaction with the community. Recognition of identity and Arabic language and receptiveness to all languages and cultures. Comprehensive attention to humanities and applied sciences and human knowledge in general.