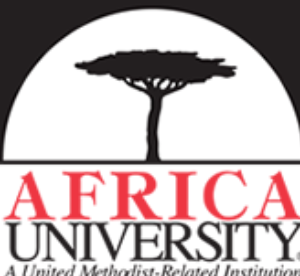 The development of Africa University is a consequence of the growth of United Methodism in Africa. The growth in membership and the emerging socio-economic and political needs in their countries led the African Bishops of the United Methodist Church (UMC) to call on their Church to invest in higher education provision in Africa. 1980 Bishop Arthur Kulah of Liberia and Bishop Emilio J. M. de Carvalho of Angola took the lead in advocating for ‘a university for all of Africa’. Their efforts generated a positive response within the United Methodist Church worldwide and in 1985 the ‘Africa Initiative’ was born. 1985 Various consultations on higher education challenges in Africa took place. A site selection committee chose Zimbabwe as the location for the new university. 1987 The UMC in Zimbabwe donated 1542 acres of land in the Nyagambu River Valley, across the road from the Old Mutare UMC Mission Centre, as the University site. 1988 The General Conference of United Methodist Church unanimously approved the founding of Africa University and made a commitment to provide financial support for the University from the General Church Budget, (US$2.5 million annually). 1991 In April , thousands of people converged on the site for an official groundbreaking ceremony. 1992 On 21 January , the President of the Republic of Zimbabwe, His Excellency Robert Gabriel Mugabe, issued the Africa University Charter by official proclamation, making the institution the first recognised private university in Zimbabwe.