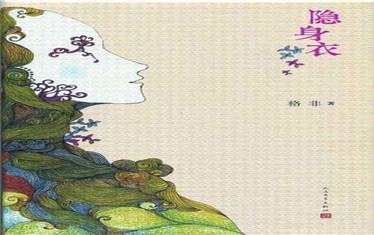 内容介绍
内容简介：
Mr. Cui is a forty-year-old audio technician and a passionate audiophile. He is also divorced and living in his mother’s old apartment, which his sister and her good-for-nothing husband have assumed as their own. Yet Mr. Cui’s luck appears to change radically when he was introduced to a wealthy but mysterious client. Loss of control drives Mr. Cui to the client, Ding Caichen, who turns out to be an undersized, asthmatic little man. When Mr. Cui braves another trip to Ding Caichen’s villa to collect the final payment, the door is answered by a woman, her face covered entirely by a cloth wrapping. Ding Caichen is dead; he fell (or was pushed) from the top of a skyscraper, a coffee cup still in his hand.
The Invisibility Cloak is award-winning author Ge Fei’s latest book. Meticulously structured, patiently narrated and surprisingly brief, it is clearly the work of a modern master, which one can enjoy for both the intimacy of its characters and its clear-headed exploration of more abstract themes. The book won both Lu Xun Literary Prize and Lao She Literary Prize in 2014, and has been translated into English and French.
作者简介:
格非
Ge Fei is an author and a professor of contemporary Chinese literature at Tsinghua University. He appeared on China’s literary scene in 1985 with the publication of his short story “Remembering Mr. Nowhere.” The subsequent novellas “The Lost Boat and A Flock of Brown Birds”, published in ’ 86 and ’ 87 respectively, established him as one of the standout writers of experimental “avant-garde” fiction during that decade. In 2004, he published Kinds of Beauty, the seminal first work of his historical South China trilogy that also includes Rivers and Mountains Fall Asleep and Spring Comes to the South.
推荐项目